Withania sominifera (WS) is known commonly as Ashwagandha, Indian ginseng, Poison gooseberry or Winter cherry.  It is a plant of the Solanaceae or nightshade family.

In Sanskrit, Ashwagandha, the Indian name for Withania Sominifera, means “odor of the horse”, probably originating from the odor of its root which resembles that of a sweaty horse.

Ashwagandha is also referred as “Indian ginseng“, since it is used in India, in a way similar to how ginseng is used in traditional Chinese medicine to treat a large variety of human diseases.

In Ayurveda, Ashwagandha is considered a “Rasayana” herb, an elixir that works, in a nonspecific, global fashion, to increase human health and longevity.

It is also considered an “Adaptogen”, a nontoxic medication that normalizes physiological functions disturbed by chronic stress, through correction of imbalances in the neuroendocrine and immune systems.

Ashwagandha has been used for more than 4,000 years in Indian medicine to treat inflammatory disease and tumors and as a general health tonic, or adaptogen, that helps your body resist stress. It’s also traditionally used to treat chronic liver disease. Though you are likely to hear it is a safe herb that has little or no side effects, consult a doctor before trying it for any purpose, especially if you have a health condition or you take medication. Ashwagandha can, in fact, have side effects and interact with medication.

The liver processes the food you eat, the liquid you drink, the air you breathe, and the beauty potions you rub on your skin and helps provide energy for your body. It identifies toxic substances, either processing or eliminating them, helps in blood clotting, when required, and regulates hormones.

Any disease or injury to the liver affects the bodily functions directly. If not treated on time, a liver problem may lead to the formation of scar tissues, which can affect liver functioning and result in fibrosis. If the fibrosis is mild, the liver can function and heal on its own. However, if the fibrosis gets worse, the scarred tissue may become cirrhotic. After this point, the liver damage cannot be reversed

How Ashwagandha Helps Your Liver

Ashwagandha or Withania Somnifera or Indian ginseng is a stress-relieving herb that is considered a potent medicine for treating depression and anxiety. It also protects the nervous system against degeneration and helps in treating a variety of neurodegenerative diseases such as Alzheimer’s and Parkinson’s disease.

Ashwagandha has high antioxidant properties that seek and destroy free radicals, which cause rapid aging and a host of other conditions like cell damage and inflammation. This gives the herb its cancer-fighting and anti-aging properties along with its efficacy in fighting liver damage.

Protects the Liver against Toxic Chemicals

Many toxins enter our body through the food we eat. Take carbendazim, for instance. Many of the fruits and cereals we eat are liberally sprayed with this fungicide, which affects our liver function. 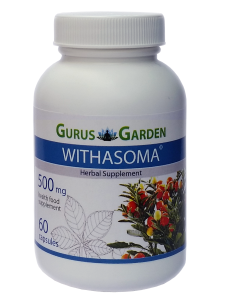 Our liver is the most vulnerable organ when it comes to the harmful side effects of medication. Gentamicin, a common antibiotic, generates free radicals, the highly reactive molecules in our body that can trigger off a chain reaction, damaging the lipid membranes of the cells and the DNA and causing cells to malfunction or even die. Free radicals can be stopped by antioxidants, which react with them and stop the chain reaction.

A study on the effect of ashwagandha in preventing free radical damage provided a basic diet to two groups of rats but supplemented the diet of one group with ashwagandha root extract for 22 days. Both groups were then given equally high doses of gentamicin for 8 days.

It turned out that the levels of the liver marker enzymes like AST and ALT—high levels of which indicate liver damage—were significantly lower in the group of rats whose diet was supplemented with ashwagandha.

The researchers then concluded that ashwagandha acts as a free radical scavenger. On the one hand, it prevents free radicals from being formed, and on the other, it reacts with and destroys the existing ones.5 Thanks to this propert, it has a liver-protecting effect.

It’s common knowledge that liver diseases are mostly caused by excessive alcohol consumption. But about 10–24 percent of the general population around the world are affected by non-alcoholic fatty liver disease (NAFLD) or hepatic steatosis, in which triglycerides accumulate in the liver cells, inducing liver damage in the form of advanced fibrosis and cirrhosis, even if the patient has never consumed any alcohol.

People with excessive abdominal fat, high cholesterol, high triglyceride levels, PCOS, and diabetes get affected easily. NAFLD is also related to insulin resistance, which increases the accumulation of triglycerides in the liver.

Ashwagandha has proven benefits in lowering the bad LDL cholesterol and triglyceride levels. It increases the body’s sensitivity to insulin and can treat diabetes. It can also be used to treat PCOS as it lowers cortisol and balances the female reproductive hormones. All of these make it a good preventative against fatty liver diseases.

Balances the Thyroid Hormones And Helps The Liver

Thyroid hormones are essential for healthy organ growth, development, and function; and the liver is essential for the conversion of thyroxine (T4) into triiodothyronine (T3), maintaining the T4–T3 balance in the body. People with hypothyroidism or Hashimoto’s disease, an autoimmune thyroid disorder, have abnormal liver function, which in turn reduces thyroid activity.

Ashwagandha effectively stabilizes the thyroid levels, as proved by a study in the Journal of Pharmacy and Pharmacology that reveals that ashwagandha root extract can stimulate thyroidal activity and also reduce the oxidative damage of the lipid membranes of liver tissue.

Ashwagandha has some side effects. The powder can be slightly hard to digest and can cause some abdominal heaviness and flatulence. Occasionally, slight nausea or stomach upset is associated with first-time users, whether used in the powder or liquid form. Since there is no conclusive evidence on how safe the herb is on fetus and infants, breastfeeding and pregnant women are advised to avoid taking ashwagandha.